Graniteville is a working class community in the northwestern corner of Staten Island. This area is comprised of mostly condominiums and townhomes along with some detached houses, much like Bulls Head which lies directly south. Westerleigh borders Graniteville to the east, Bloomfield lies along the west, and Mariners Harbor is directly north.

This neighborhood offers a harmony in many ways by providing affordable housing in a safe area which is right along both I-278 and I-440, making it easy to access the Goethals, Bayonne, and Verrazano-Narrows. The wetlands here provide an important ecological factor for Staten Island and are a passionate subject for local environmentalists. The other standout feature of this neighborhood is the 80-acre Baron Hirsch Cemetery. 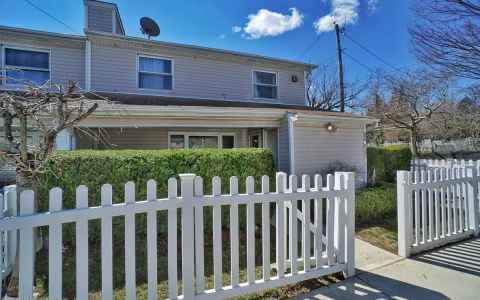 The name of Graniteville can be traced back to the mid-1800’s. At the time, this community was known as Fayetteville. A rock quarry was used for mining at the time and it was believed that the site, known as Quarry Hill, contained granite.

The cemetery was opened around the turn of the twentieth century. Baron-Hirsch Cemetery was named for the German Jewish philanthropist Maurice de Hirsch. The Jewish cemetery, which is still currently operational, is perhaps the most noteworthy landmark for which Graniteville is known.

Graniteville was largely undeveloped prior to the historic opening of the Verrazano-Narrows Bridge in 1964. Fairly small in land area, Graniteville is nevertheless a densely populated community with detached and semi-attached one and two family homes, townhouses, and condo units from one bedroom and up. Much of these homes are newer construction, post-1980.

Though Graniteville is primarily residential, the surrounding streets offer an abundance of commercial activity. Forest Avenue borders the northern end and Richmond Avenue runs through the eastern part. A number of shopping plazas and convenience stores dot the perimeter of Graniteville, including the Forest Promenade Shopping Center which is anchored by Shoprite. Just south in Bulls Head, you will also find plentiful shops and dining options. And just west, you’ll be lucky enough to have a Regal Cinemas movie theater!

For children who live here, there are several cute parks in and around Graniteville. Along Forest Avenue is Graniteville Quarry Park nature preserve. Graniteville Swamp Park, Father Macris Park, and Jennifer’s Playground are also in the area. Families living in Graniteville can send public schools PS 22 and IS 51, IS 72, and the Staten Island School of Civic Leadership. Private schools nearby are The Jewish Foundation School, Rabbi Jacob Joseph School, and the St. Adalbert School.

The majority of Graniteville residents commute by car, and will therefore find The Staten Island Expressway I-278 and I-440 very convenient. Forest Avenue has the s94, s48 and s98 to the St. George Ferry, as well as Manhattan express bus service via the SIM33, SIM33c, and SIM34. On the Richmond Avenue side, you have the s44 to St. George or The Staten Island Mall, the s59 to Tottenville south or Hylan Boulevard east, the s89 to Eltingville to the south and Bayonne to the north, and city-bound express bus lines SIM3, SIM3c, SIM33, SIM33c, and SIM34. South Avenue offers access to the s46 and s96 lines, also the St. George Ferry Terminal.

Take a look at all homes for sale in Graniteville to find something perfect for you!